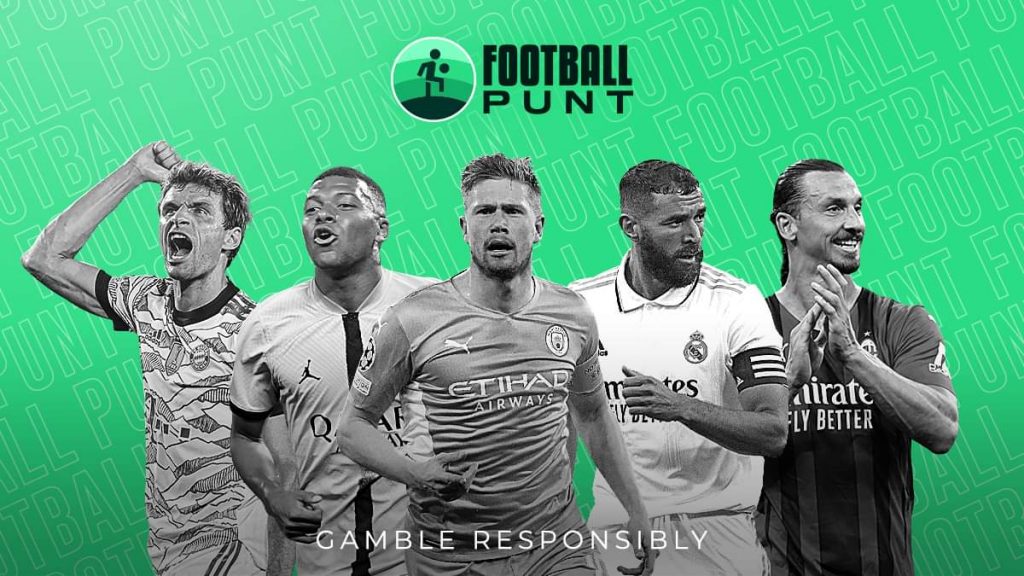 Premier League: Bournemouth to be relegated – 4/9
Of the three promoted sides, Bournemouth look the weakest, with Nottingham Forest and Fulham spending significantly to give themselves a chance of staying up.

The pressure for goals falls on the shoulders of Dominic Solanke, whose record at Premier League level is poor at best, scoring just four times in 63 matches.

Scott Parker did an excellent job earning promotion with Bournemouth in his first season in charge; however he couldn’t keep a stronger Fulham side in the top flight back in the 2021.

Championship: Rotherham to be relegated – 11/8
Rotherham have yo-yoed between the Championship and League One in recent seasons, being relegated and earning promotion twice each in the last four campaigns.

Last year they finished second in League One and will have another crack at the second tier, with manager Paul Warne continuing to overachieve.

On paper their squad may well be weaker than their promotion campaign, with key players Michael Ihiekwe and Michael Smith both leaving for Sheffield Wednesday.

35-year-old Lee Peltier is probably their best addition of the window; however he only joined on Thursday and will take time to get up to the required fitness levels.

League One: Ipswich Town top six finish – 8/13
Ipswich Town were a lot of people’s favourites for promotion last season; however the Tractor Boys under achieved massively and even failed to secure a play-off spot.

Their form was better in the second half of the campaign following the appointment of former Manchester United coach Kieran McKenna and they probably have the strongest squad in the division.

Defender Leif Davis’ arrival from Leeds cost the club over £1million and they have a budget few in the third tier can compete with.

An awful start cost Town last year and should they address that this time around, a top six finish is surely a given.

Scottish Premiership: Celtic title – 4/6
Ange Postecoglou did a remarkable job in guiding Celtic to the 2021-22 Scottish title, producing some of the best football in Europe in the process.

Kyogo Furuhashi followed him from Japan and the 27-year-old enjoyed a ridiculous first campaign in Scotland and only injuries cost him a player of the year award.

Closest rivals Rangers enjoyed a superb run to the Europa League final last year; however they have been weakened ahead of the new campaign by the sales of Calvin Bassey and Joe Aribo to Ajax and Southampton respectively.

The SPL title race could well be one of the best in Europe this season; however we just fancy the boys in Green and White to edge it again.

Roma struggled in the league, finishing sixth, below city rivals Lazio; however one a first ever European trophy as they beat Feyenoord in the inaugural Europa Conference League.

Tammy Abraham enjoyed a remarkable first season in Italy, scoring 17 league goals and he will likely be paired with Paulo Dybala, with Roma pulling off one of the coups of the transfer window.

Main rivals for a top four spot Napoli have been weakened, with the likes of Lorenzo Insigne and Kalidou Koulibaly both leaving the club.

This season represents a real chance for Roma to return to the Champions League and they are good value at 6/5 for a top four spot.

Saul Niguez and Alvaro Morata have returned from loan spells at Chelsea and Juventus respectively and both will improve the side.

Defensively they have always been strong and the signing of Axel Witsel has the potential to be one of the bargains of the season, with the Belgian signing on a free transfer from Borussia Dortmund.

We don’t expect them to rival holders Real Madrid and a heavy spending Barcelona, however another Champions League spot should be comfortable.

Bundesliga: Borussia Dortmund top (without Bayern) – 11/8
Like most summers, Borussia Dortmund had to endure the loss of key personnel to some of Europe’s elite, with Erling Haaland and Witsel leaving the club.

However this time around they have spent relatively big, with the likes of Niklas Sule, Niko Schlotterbeck and Karim Adeyemi arriving.

Bayern Munich will likely canter to another Bundesliga title; however at odds of 11/8, there is value in backing them to be best of the rest! 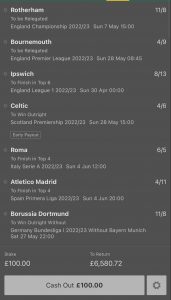